Sketching people is often something I avoid. Recently I have been making a conscious effort to remedy this omission. 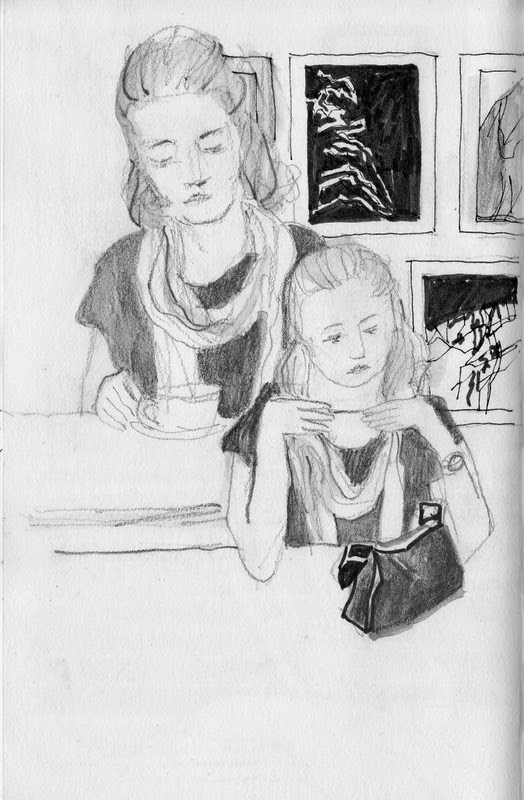 Here are some quick sketches.

I took my granddaughter to have her hair trimmed. I skipped the gossip mags and sketched the hairdresser instead. She was too quick. No sooner had I got into the groove than she was finished. 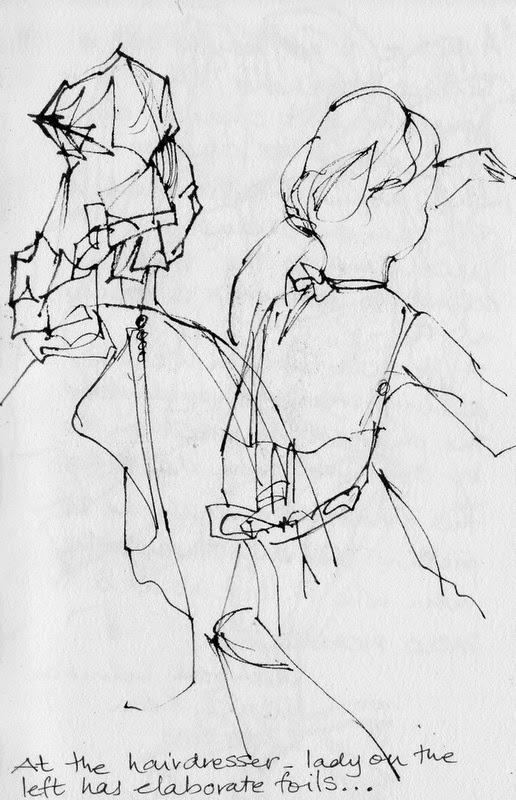 At the Hairdresser - ink 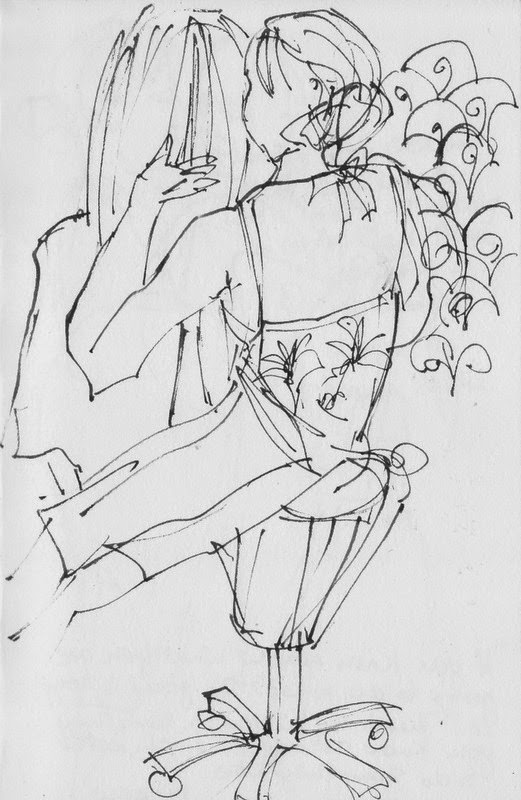 
This one was done in a café while having a cup of coffee. I decided that instead of reading the newspaper - the news is really depressing anyway - I would try to draw people.. Since people move (a lot) of necessity many are unfinished. I think that's part of the charm, a rapid impression, trying to capture a gesture. 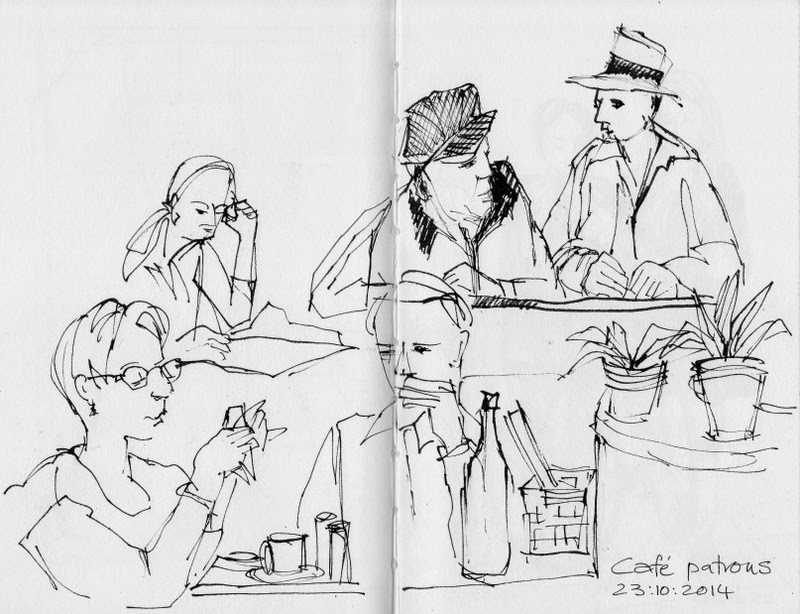 I have been working with pen - and using a Hero 812 calligraphy pen which has a bent nib. Used in the conventional way the line is thick and chunky, flip it upside down and the line is thin and delicate. It does take a while to change one’s hold on the pen for the different lines - good exercise for one’s fingers! 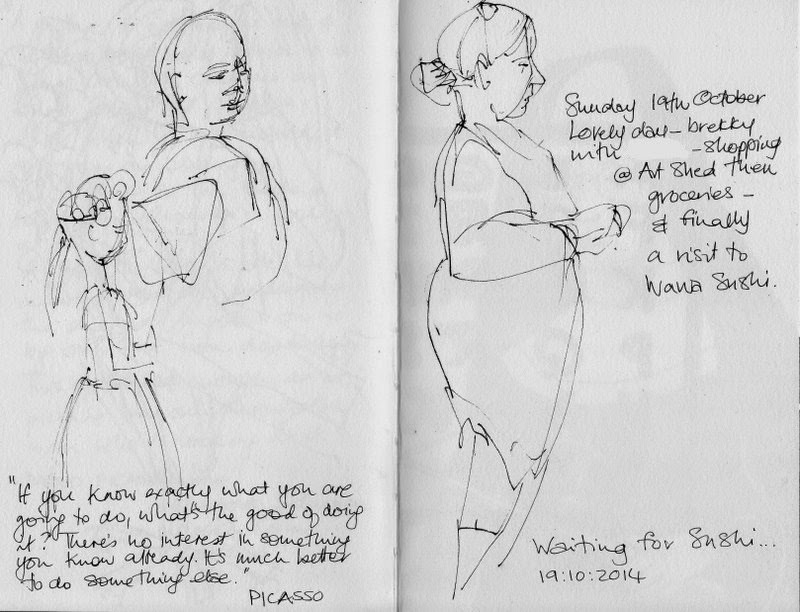 Some drawings are with my usual Lamy Safari EF nib