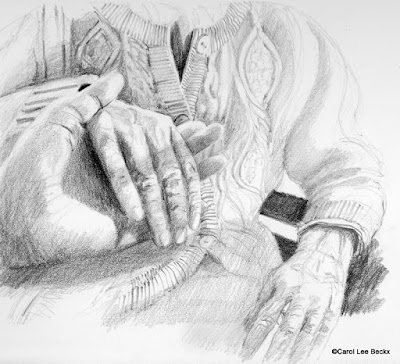 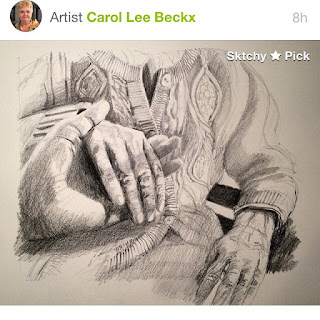 Peace and Quiet at the State Library Queensland

On Saturday I was one of the tutors helping at a painting workshop held at the State Library Queensland. The activities during the afternoon were part of the final days of  Distant Lines: Queensland voices of the First World War.

Members of the public were able to create a painting depicting their concept of peace. Canvasses, paint and brushes were provided. We used tubs of Mont Martre Dimension acrylic paint in wonderful vibrant colours. All the materials used during the workshop can be purchased at  Art Shed Brisbane.

Peace and Quiet
There are opportunities for artists who are invited to contribute an artwork of a peaceful landscape to be displayed in SLQ Gallery as part of the exhibition. This can be a painting, drawing, print, photograph or stitchery, and must be a figurative or semi-figurative work (ie. not abstract).

Some wonderful paintings were created – here are a few of them. I had a business card with the artists’ details which unfortunately went into the wash – never to be the same again so unfortunately they must remain anonymous!
A selection of the paintings will be exhibited with the exhibition from 28 November 2015 – 14 February 2016. 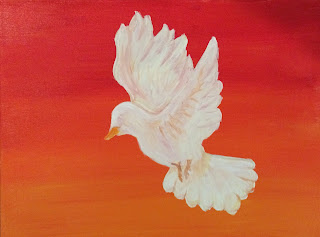 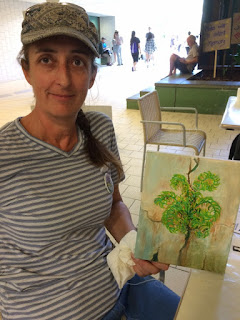 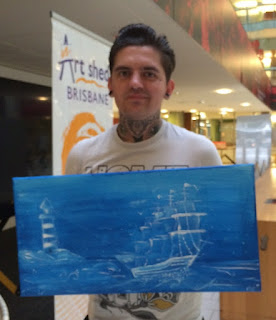 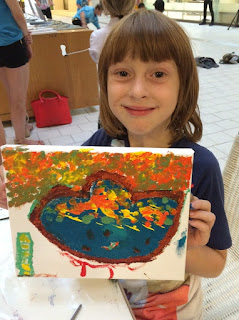 Another activity was to make a badge for peace – I couldn’t resist using some paint to make my own. Here's my badge on the  SL T-Shirt. 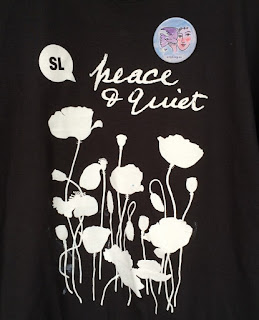 When we were packing up there was a lot of paint left over so while emptying the palettes I created my own “painting” – just a pity it was on newspaper and not on a canvas! 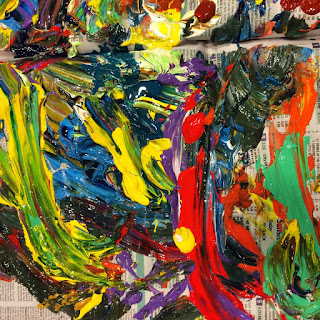 A reminder that the text within the post in colour is a link to the relevant website.