A few weeks ago I was house sitting for my daughter. (Actually I was cat-sitting). I took a walk down a track that I had first explored in 2011 soon after arriving in Brisbane. The track is very different now. It’s much more established with wider paths. Some sections now have concrete stabilising the track where water runoff has caused damage. The trees, once small saplings, now tower over the path. The stream is almost hidden.

It seemed like a strange, new, place. Nothing was recognisable.Then I caught a glimpse of water and remembered the image that inspired a number of paintings.

I caught sight of the bridge, reflected in the stream. 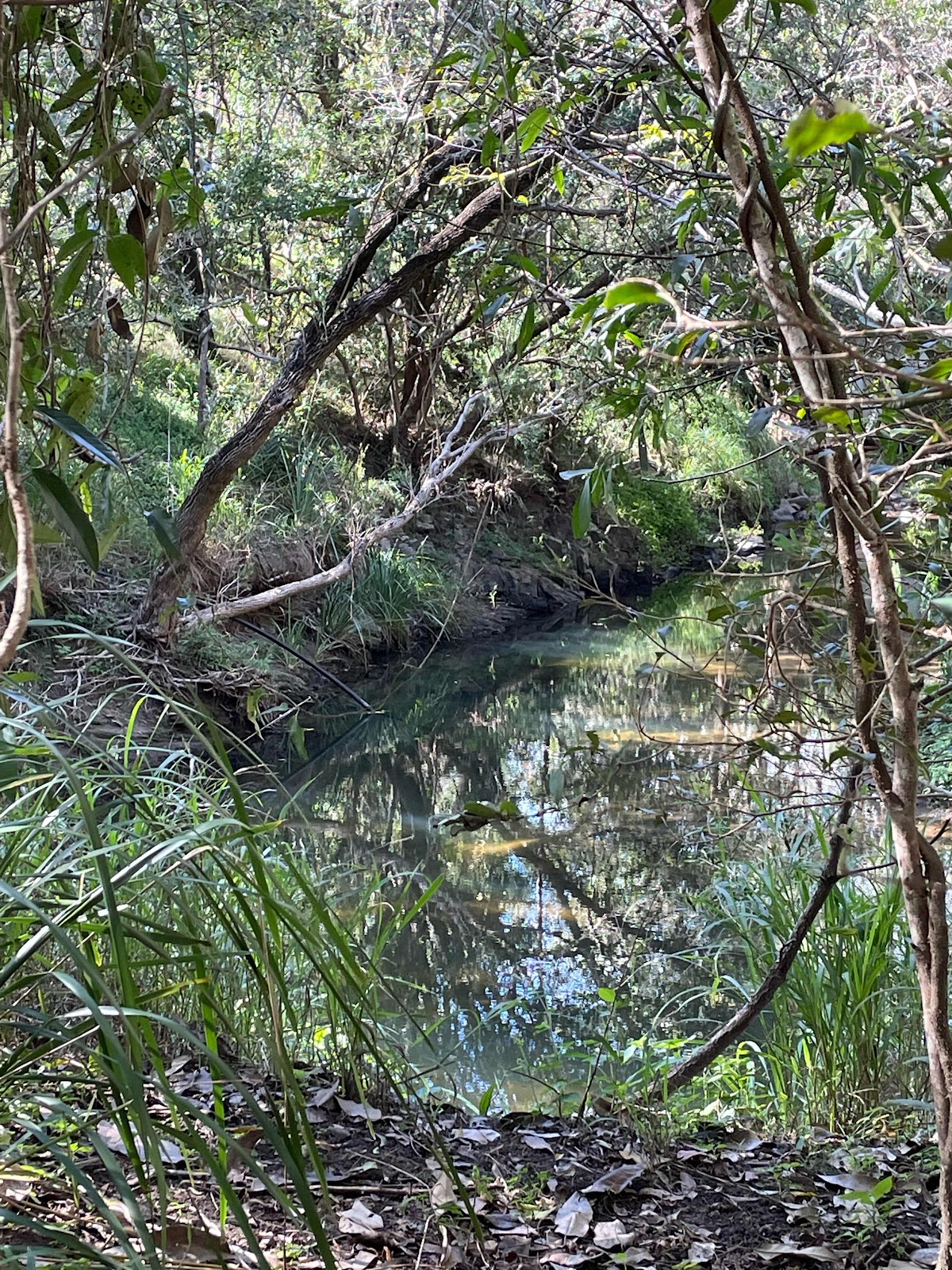 The stream as it is today 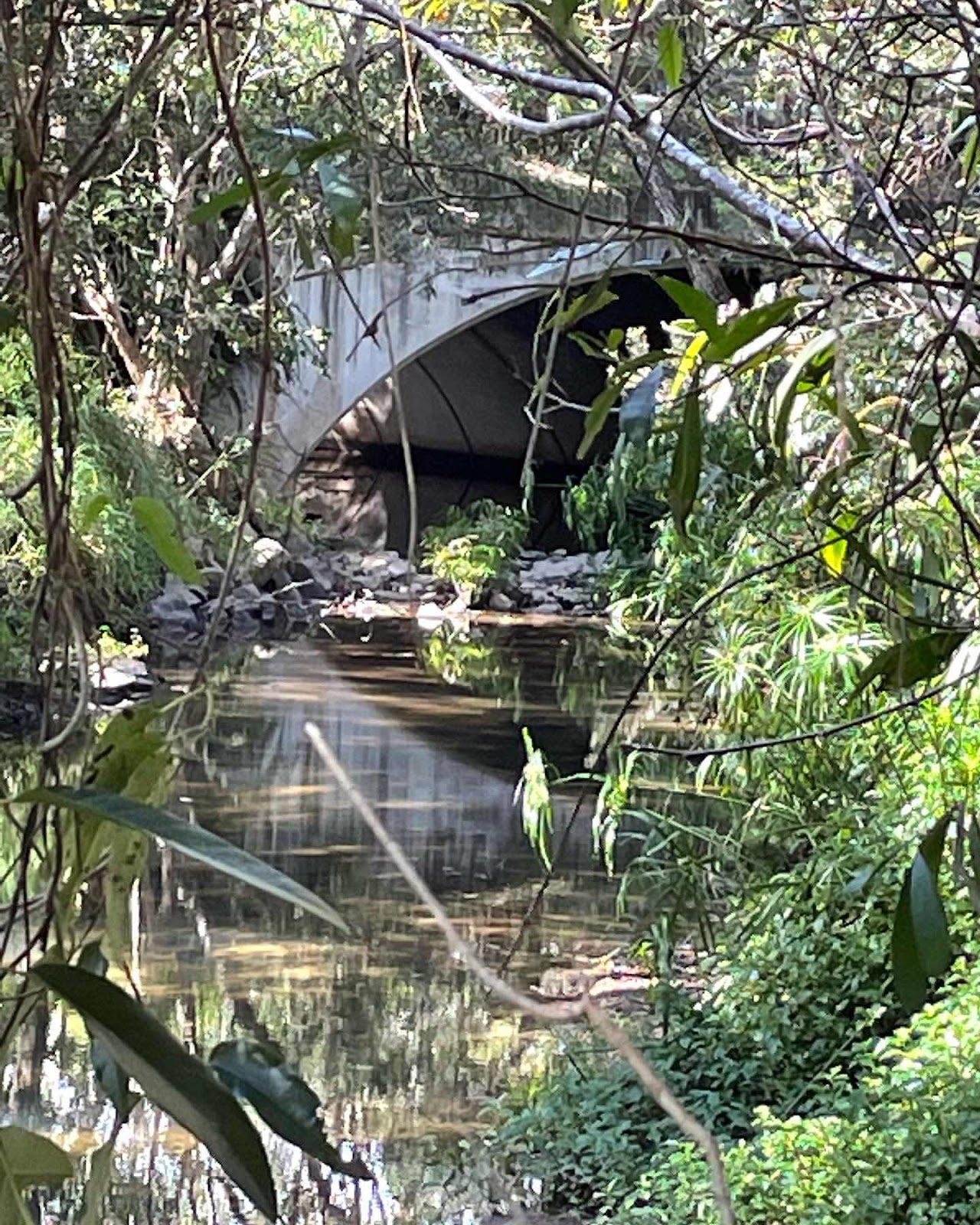 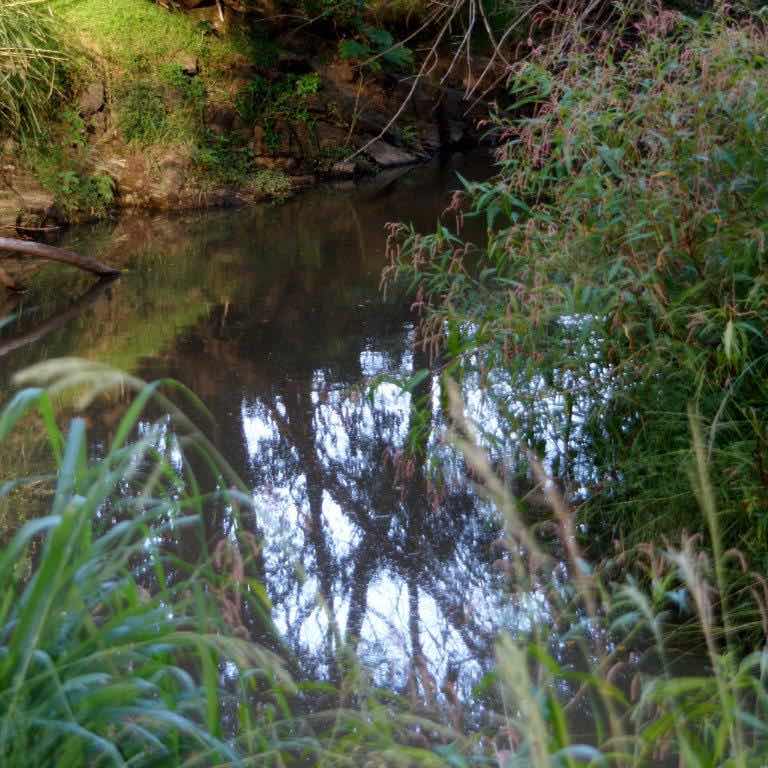 Often you take a photograph because something in the scene speaks to you but it can be a while before that initial inspiration takes shape. It’s almost as though the idea and image need time to incubate, waiting for the right moment to be given life. So it was with the images which inspired the painting, Windarra Reflections.

I took the photograph of the creek on Windarra Estate some time ago. It's been there, waiting to become a painting. Excited        by the light on the water and the patterns of the reflected reeds, I wanted the painting to convey the light, colour and a little mystery.

This one was selected for the Lethbridge Small Scale Exhibition in 2015 and later exhibited it along with others at a group exhibition at the then Percolater Gallery in Paddington. (The gallery is now Lethbridge Gallery) 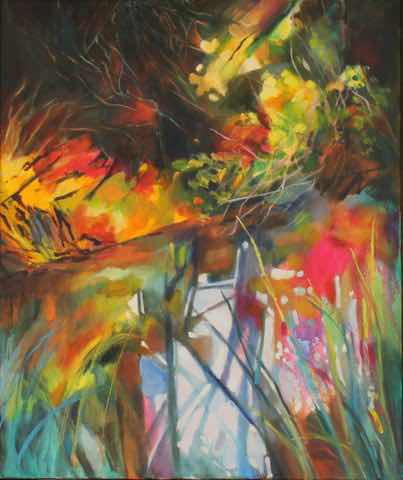 I returned to the same image for Reeds Rise from Water. The title comes from From the poem by Samuel Menashe

I selected a small crop of the original photograph and began the painting with loose bright colour and drips of paint. Most of these remained in the completed painting. 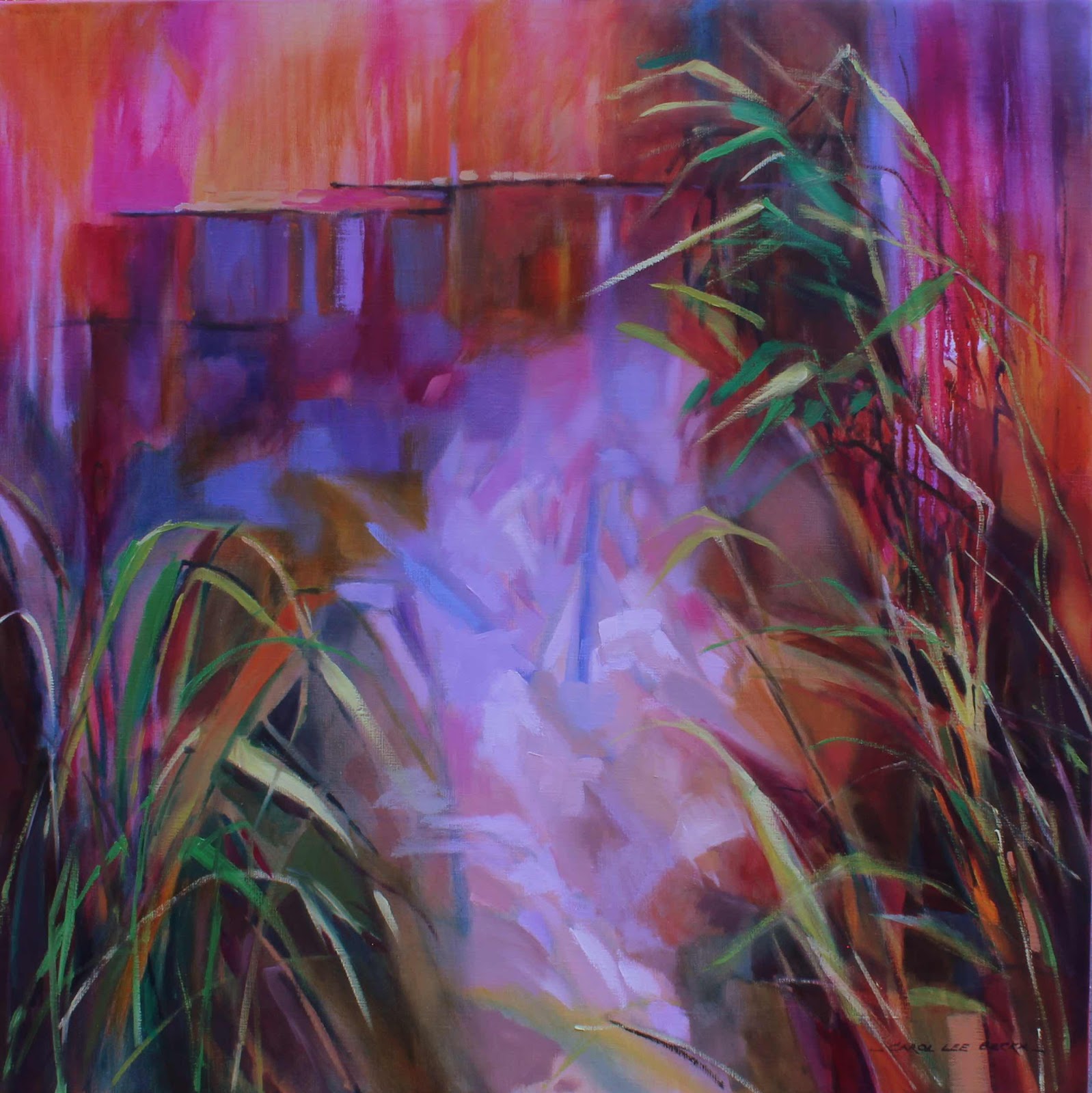 Recently I pulled out some Daler Rowney FW Acrylic inks some of which I had purchased for a workshop many years ago. I also purchased a basic set of Liquitex inks - primary colours, black, white and burnt umber.

For inspiration I returned to my Windarra stream image and used the inks for this painting. Acrylic ink is extremely forgiving. The layers add vibrancy, cover mistakes and are really fun to use. 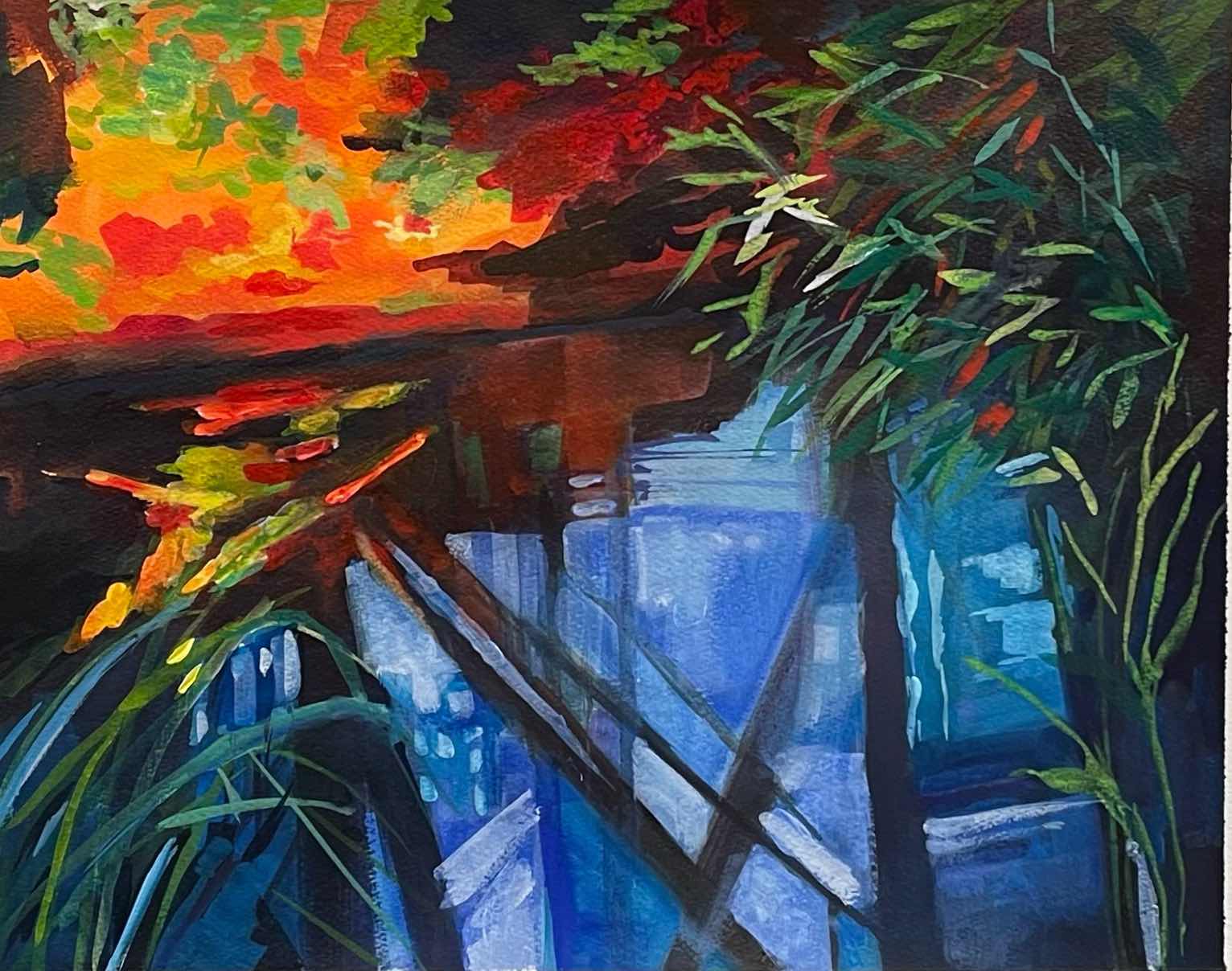 I realised that it’s been six months since I published a post here on Art Matters.
When I began the blog back in 2010, shortly before I emigrated to Australia, the custom in the world of blogging was to post on a daily basis. I decided then that I would only write when I had something to say, rather than be obliged to write a daily post.
The blog landscape has changed somewhat since then. Blogging has been superseded by Instagram. Now Tik-Tok has become the new big thing.  (I’m not there in case you go looking)
I post most frequently on Instagram and connect the posts there directly to my Facebook page. However the big issue with Instagram is that artists are at the mercy of the ghastly algorithm, the bullying push to noisy reels, and constant advertising. One sees fewer and fewer posts from people one follows. Currently there’s something of a rebellion going on with people complaining loudly about the current state of affairs at Instagram. The changes have resulted in many asking for fewer videos and more photos  - in other words, wanting the old Instagram back. I’m not sure that anyone at Meta cares or will actually do anything to revert to what everyone clearly wants.
I love that this blog is mine and I can write what I like, and publish when I like. The trick, however is getting anyone to see the posts.
So I plan to write a little more often including photos that I hope you will enjoy. I’ll still be posting links to Art Matters on Instagram, Facebook and Twitter - much as I would like not to rely on these currently there aren’t any other options.
I’d love if you would please share a link with your friends. 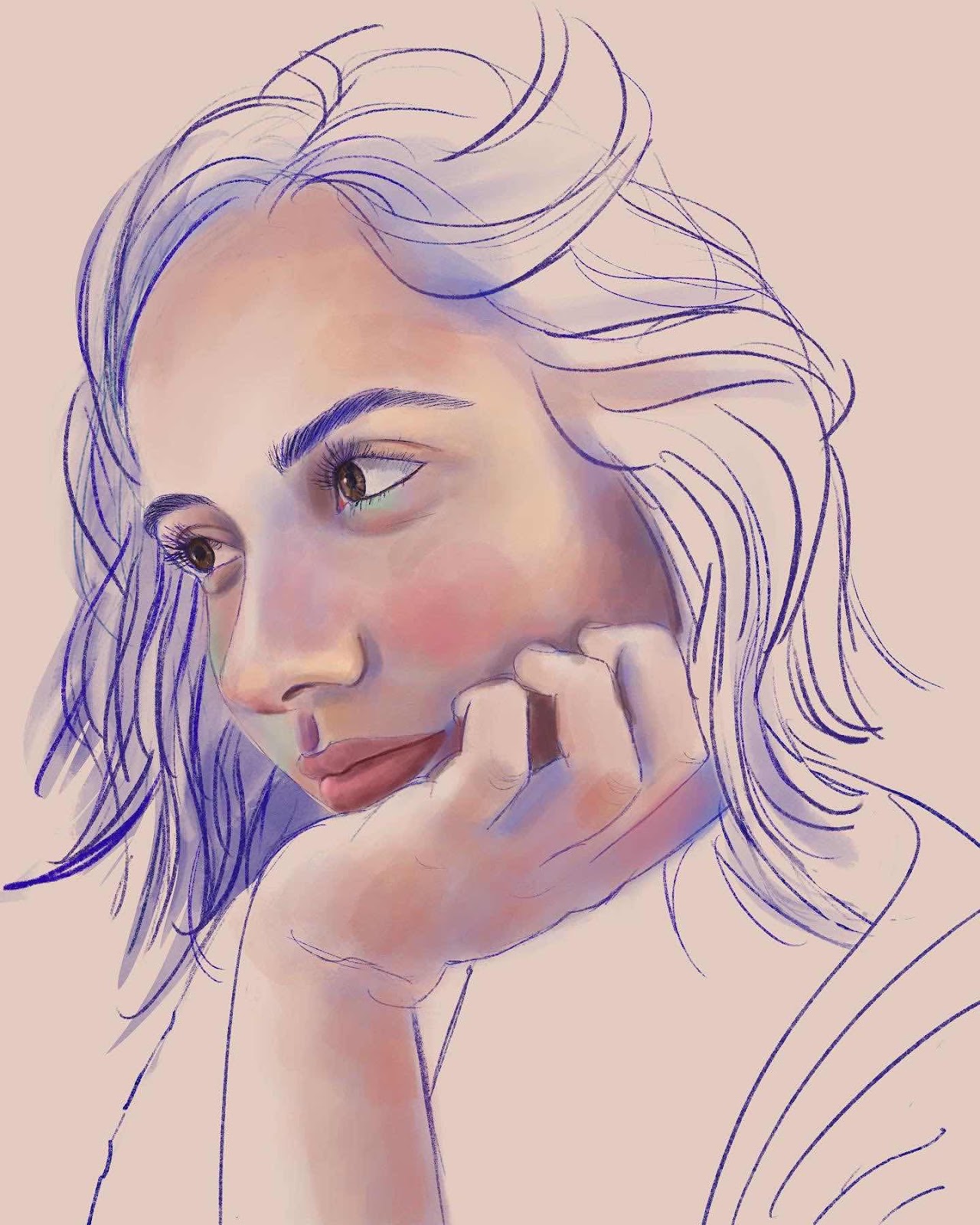 Some of my favourite commissions have been for restaurants - Milk Cafe was one. This commission grew from an urban sketch I had done in the cafe years previously. More about these paintings can be found here. and here.

In August 2020 I had been invited by the lovely owner of Farmhouse Kedron (previously the owner of Milk) to conduct a drawing and sketching class at the restaurant. This was a great way to interact with students in person after using Zoom for months.

A new venture for the owners of Farmhouse was their new baby - Oh Boy Bok Choy located not from from the Kedron restaurant.

I was asked to paint Bok Choy to be used in a backlit box above the bar. Bok Choy is a wonderful vegetable to paint and to eat as well.

Incidentally, if you haven’t ventured to the restaurant yet, do yourself a favour and go - now - the food is fantastic! 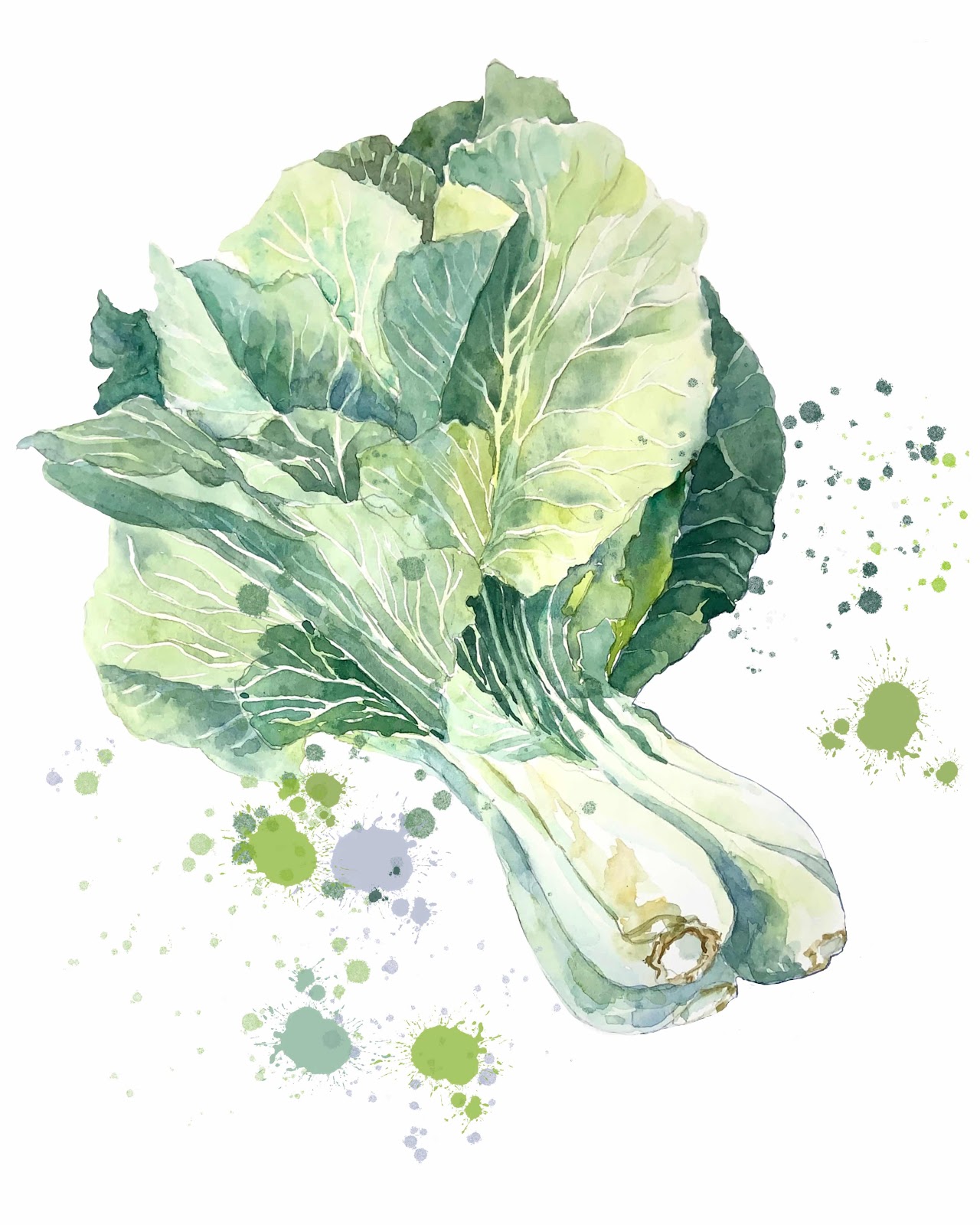 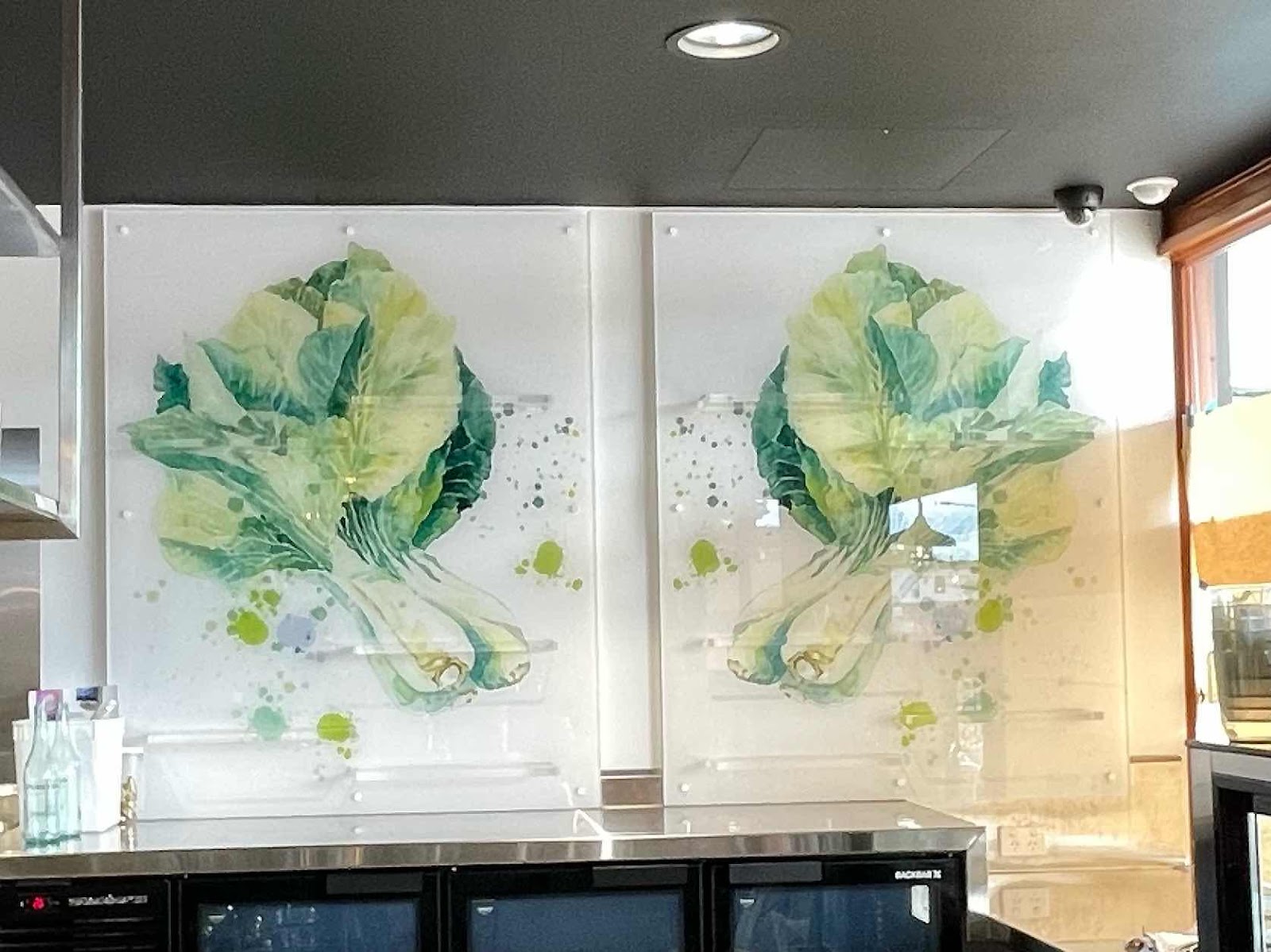 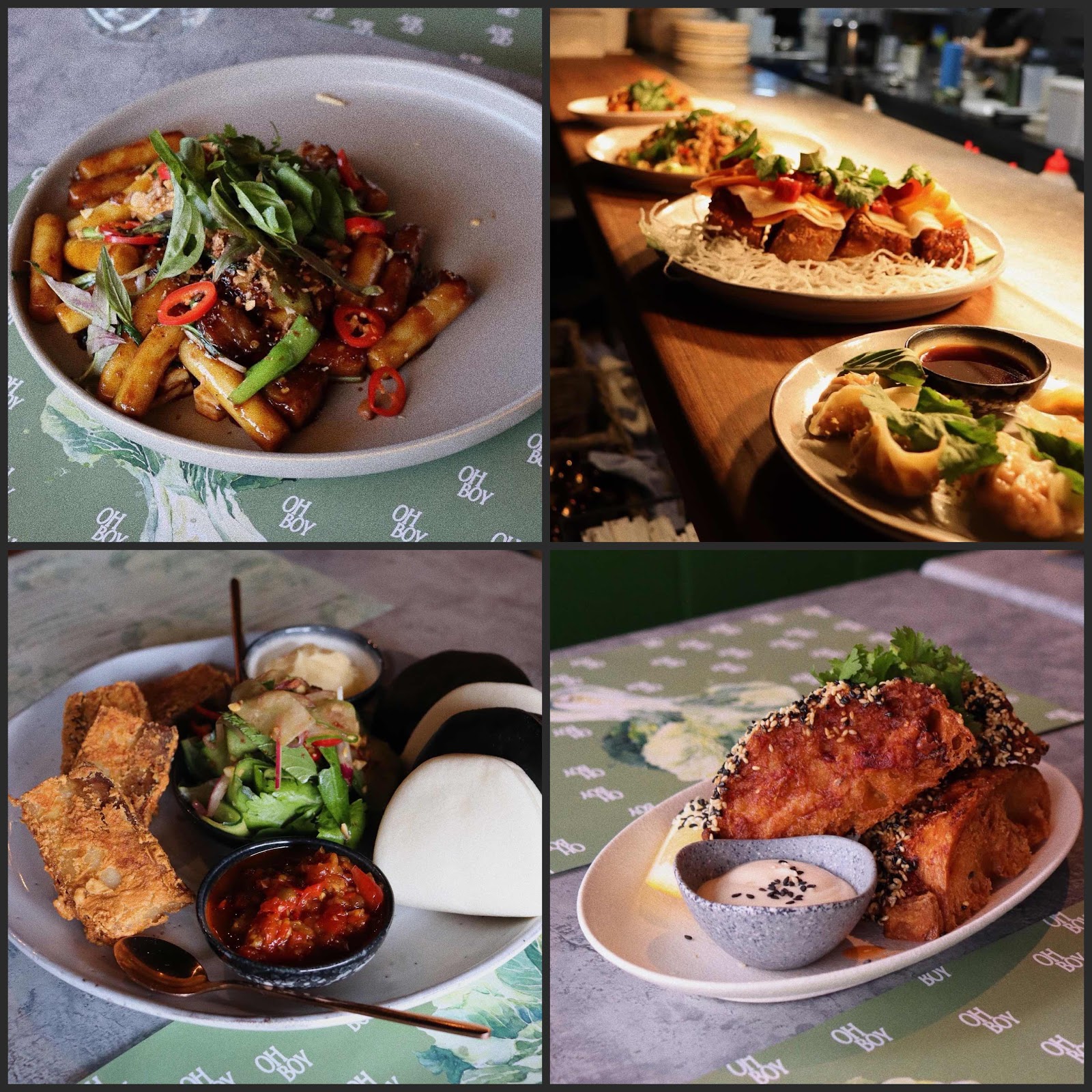