One of my favourite mediums for portraits is graphite. I enjoy the meditative time spent hatching the lines, building up the values slowly working in tones of grey and black, and leaving the white of the paper as the highlights.. 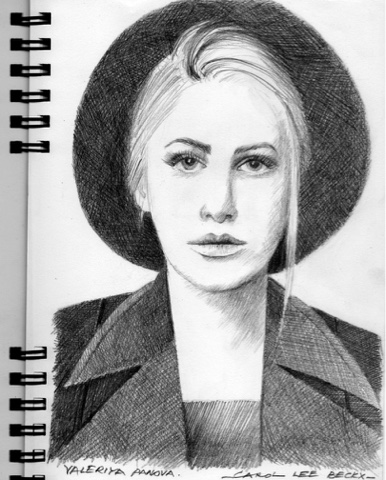 Over the previous few weeks, the artists coming to my studio have been working on monochromatic portraits. They worked small - 8" x  8" canvas panels, using black and white photos as reference. I painted along with them - I started off with a rough outline in paint with a smallish round brush, adding a few brushstrokes in between helping the group. I didn't spend much time on each of these, working on them a little more after each class was over, refining the features.

The emphasis was on working in value areas - establishing the dark values first along with basic indication of placement of the features. This was done using a brush with no laborious pencil drawing first. Medium values went on next and then finally the lightest areas, trying not to think of features but rather looking for shapes.

When beginning a portrait it's important to check:
The natural tendency is for our brain to want to view the face straight on, full frontal, upright and symmetrical. More often than not we see the eye as a symbol, rather like the way the Egyptians painted eyes. We draw the whole iris - round and bold, the pupil centre stage. In reality, the lid usually covers quite a bit of the iris so the top is flat. Usually the lids casts a shadow on the eyeball as well. 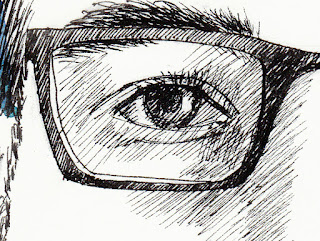 This portrait below, also a class demo, was done on a panel that had been wiped. (The previous painting had been a failure so was wiped) The surface was toned with a wash of Burnt Sienna. It's useful to make a coloured ground thin and without a lot of solvent so that it dries quickly. Then you can get on with painting and the surface isn't too slippery. If you're working in acrylics the paint will dry quickly. 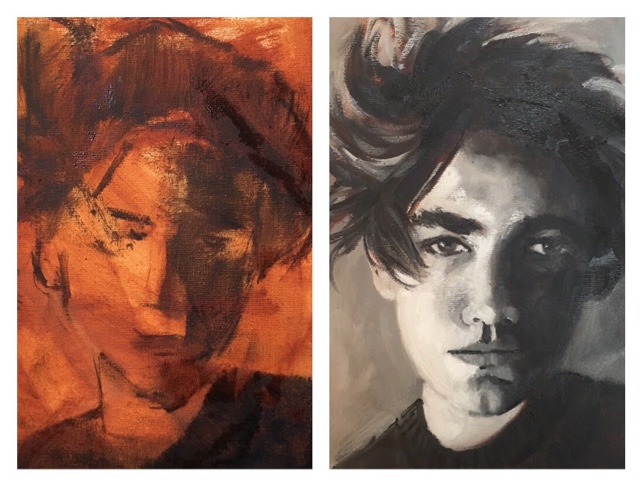 This collage of portraits below were done by the artists who attend my weekly Studio classes. I'm very proud of them, they all achieved a high standard. Most were completed in a single three hour session, with a few adjustments later. 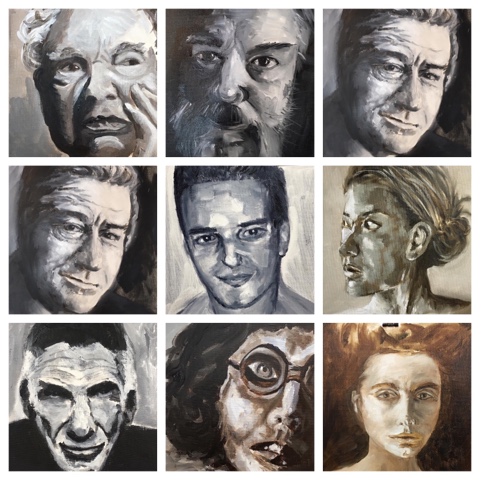