The Brisbane Urban Sketchers were out last Saturday for the 41st Worldwide Sketchcrawl. The group used the City Cat service starting in the city and stopping off to sketch along the way. I could only join late - but luckily I was in time for lunch. The lunch at the Northshore Riverside Cafe was delicious. These are my sketches from the afternoon.

I used my Stillman & Birn Alpha Sketchbook which worked well for these drawings. 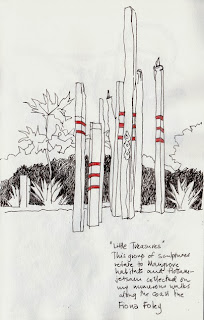 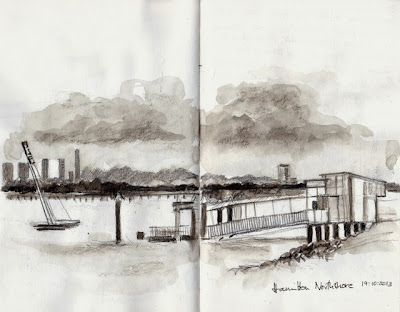 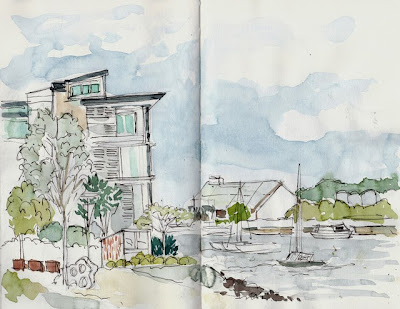