A Decade of Art Matters

Ten years ago on  24th August 2010, I wrote these words in the first post for my blog Art Matters.

Art matters - it has mattered all my life and I hope that in this blog I'll give you an idea of the importance it has for me. However, art hasn't always taken centre stage as I have done so many others things along the way. 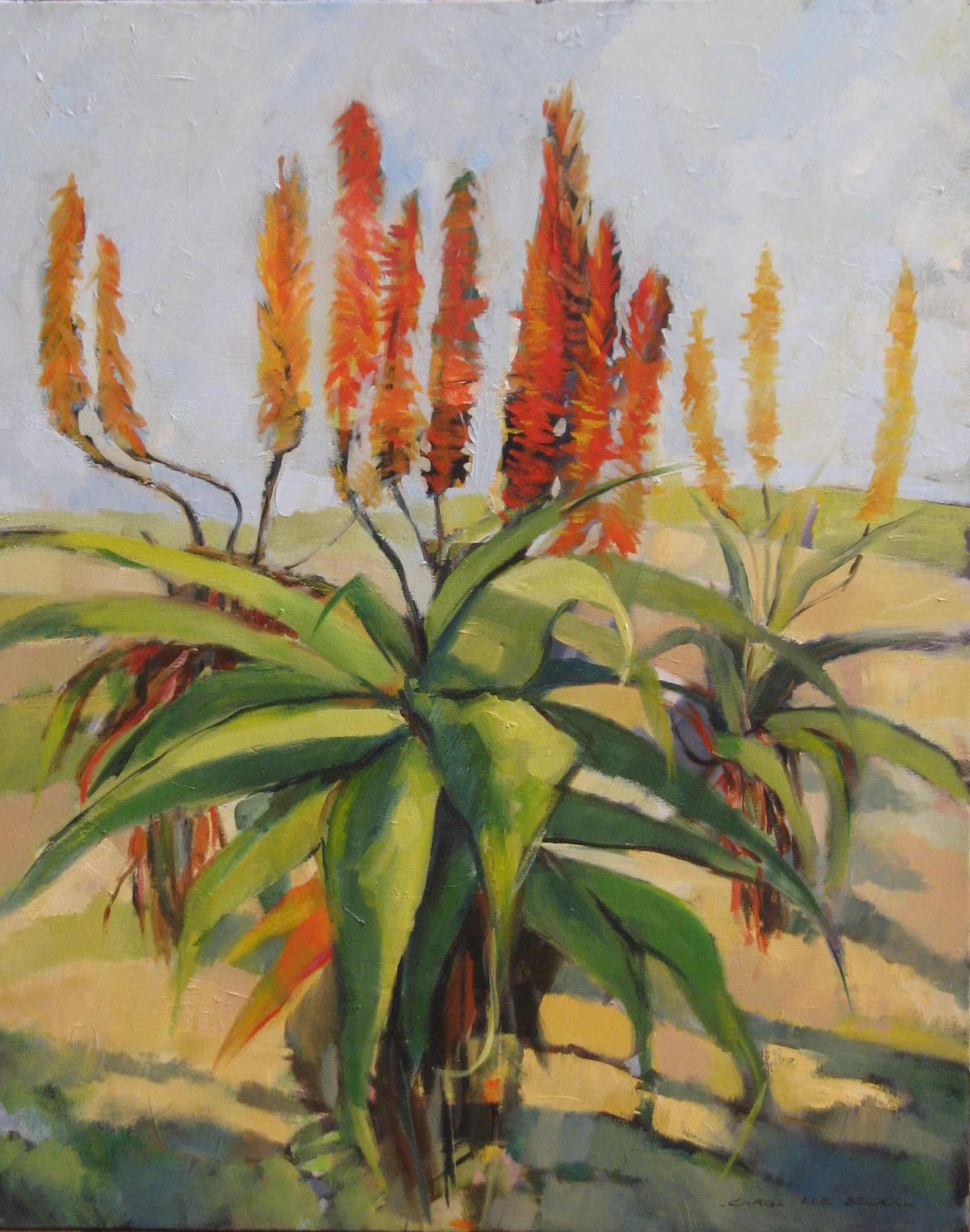 These iconic South African flowers were painted shortly before I left Durban.

I had just received notification that my visa application to move to Australia had been approved. It was time to get organised. I knew that I would have to find a way to establish myself as an artist and teacher in a place where I only knew a handful of people, quite removed from the place where I was well known and had good connections in the art world.

Creating a website and writing a blog were a good start. I had no idea whether any one would even see the blog let alone read anything I wrote but I did it anyway. Gradually people saw it and read my posts and left the odd comment. 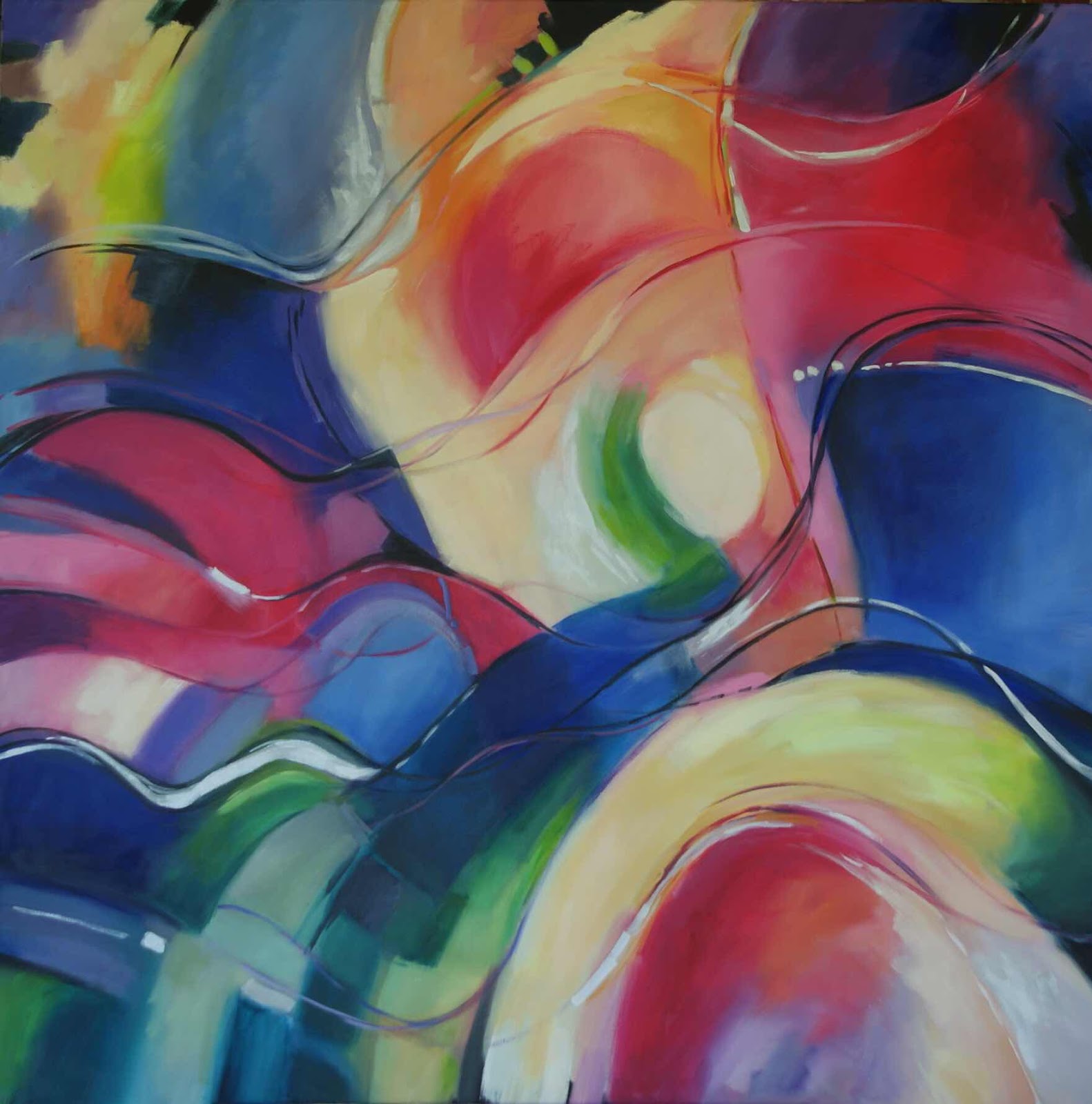 This abstract was an early commission.

I decided from the start to treat the blog as a way of documenting my journey from Durban, South Africa to Brisbane, Australia. From a personal perspective I enjoy looking back at some of the posts, remembering the highs and lows of the last ten years. 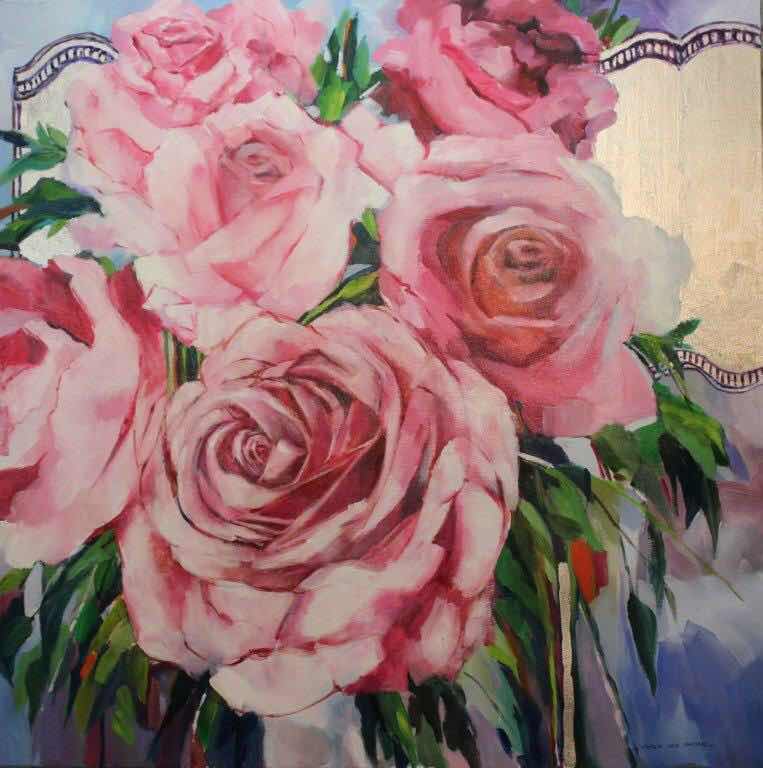 A commission for a local hairdressing salon Sabe Hair

Over the years the frequency of posting has waxed and waned depending on what else was happening. When I began the blog there were many bloggers who maintained the stance of “post every day”. I decided from the start that I would only write when I had something to say. This approach has worked well. 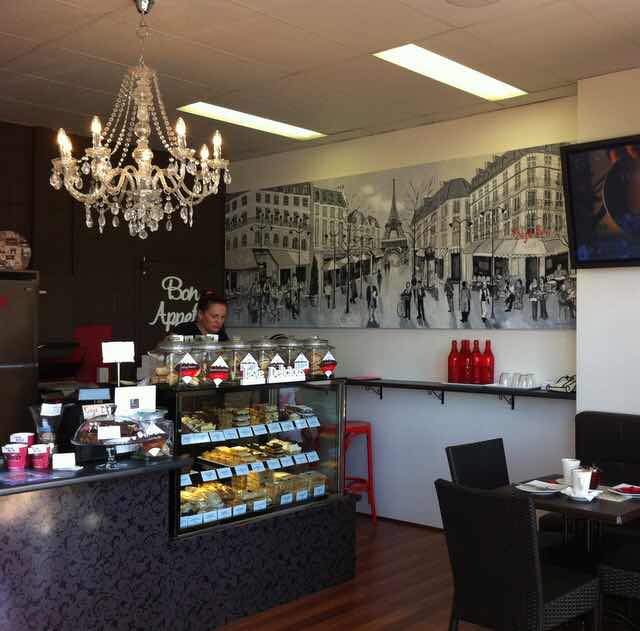 A mural for my local cafe.

When I landed in Brisbane at the beginning of December it was a step into the unknown. I wasn’t entirely alone though because I stayed with my daughter and her family for the first six months until I could move into my own home. 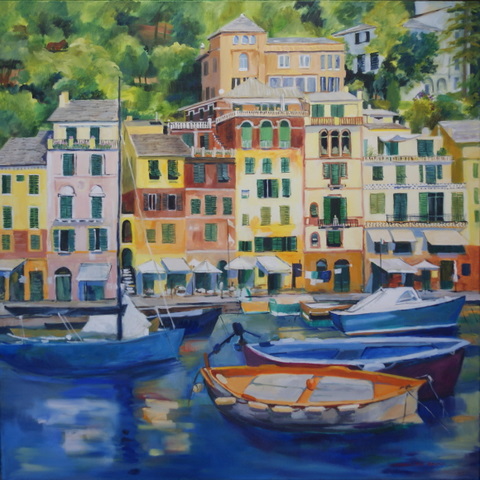 One of three paintings commissioned by Maverick Travel for their offices. 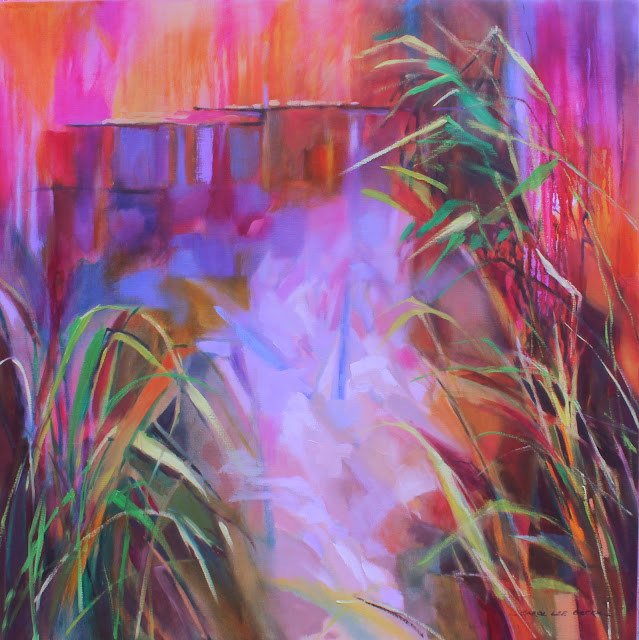 Within a couple of weeks, though, my plans for exploring the city and meeting new people were put on hold because in January Brisbane and the surrounding area were hit with terrible floods. The city centre including the art galleries were inundated and remained closed for months. Many people lost their homes and businesses. So I had to put my plans on hold. 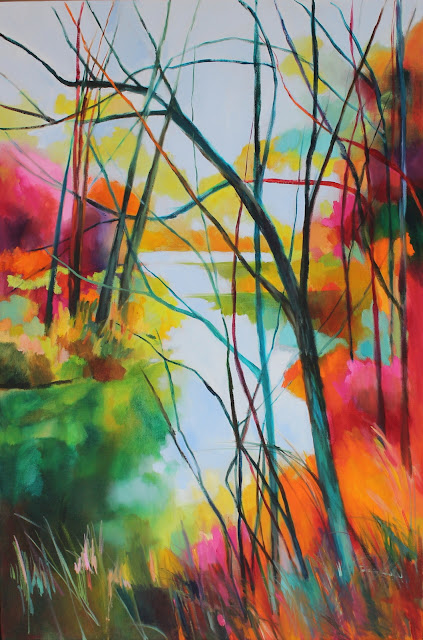 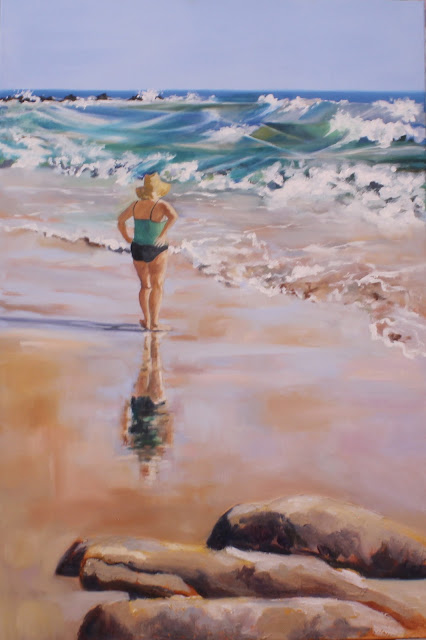 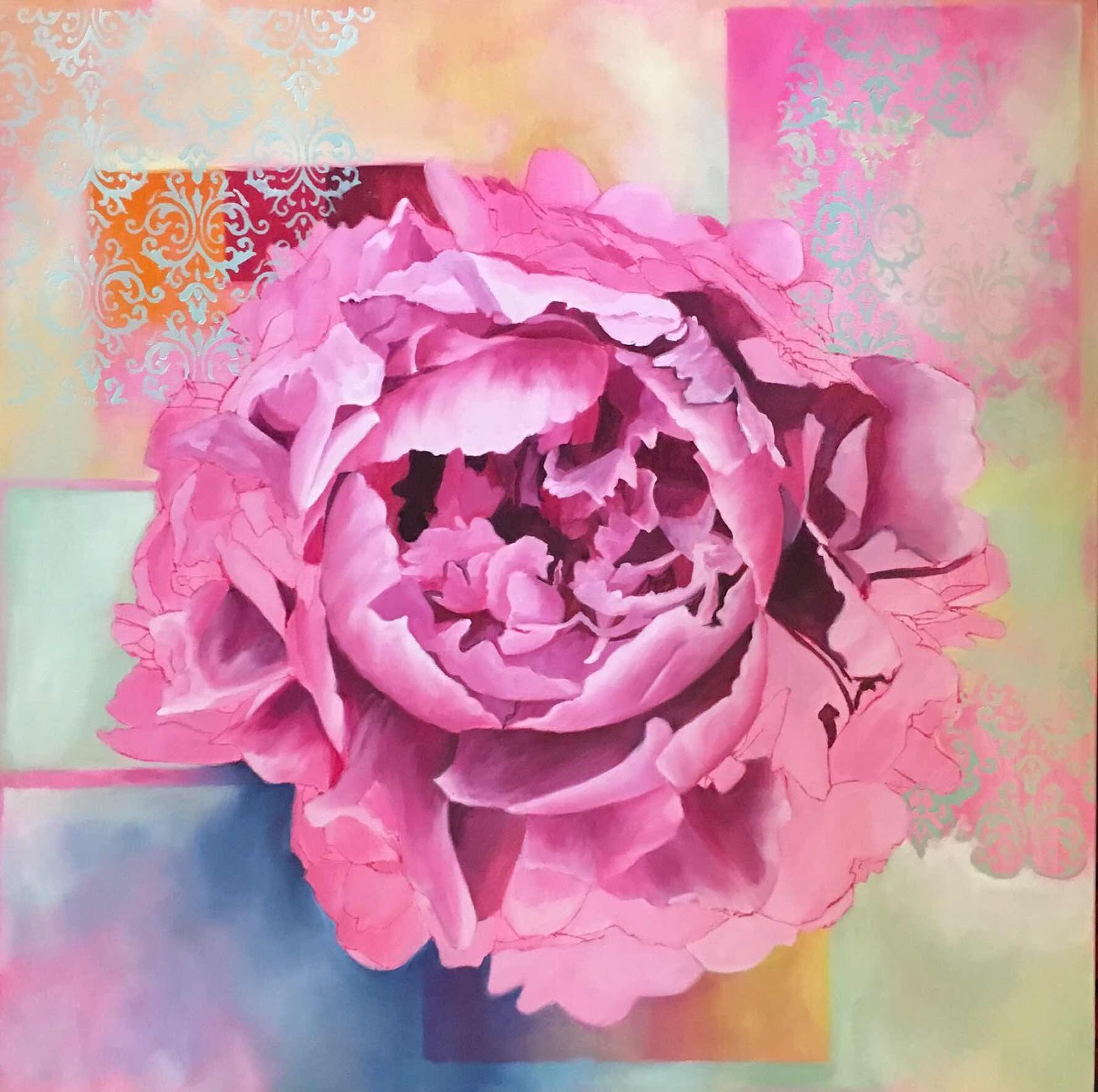 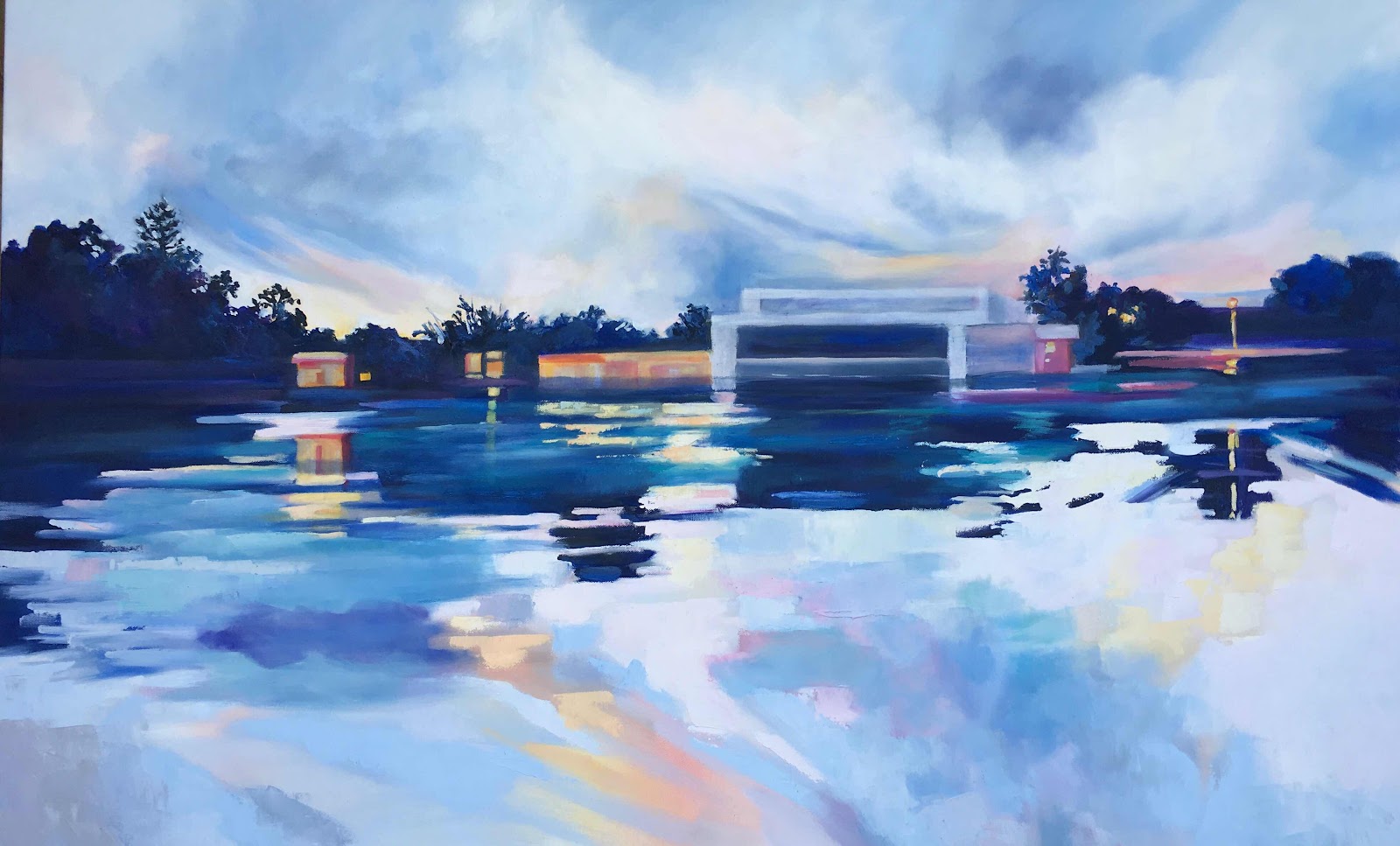 I started teaching art in first week in my own home with a couple of students. Over the years the number of classes and students have increased. New connections led to painting commissions and opportunities. Exhibitions provided a place for my paintings to have a wider audience. 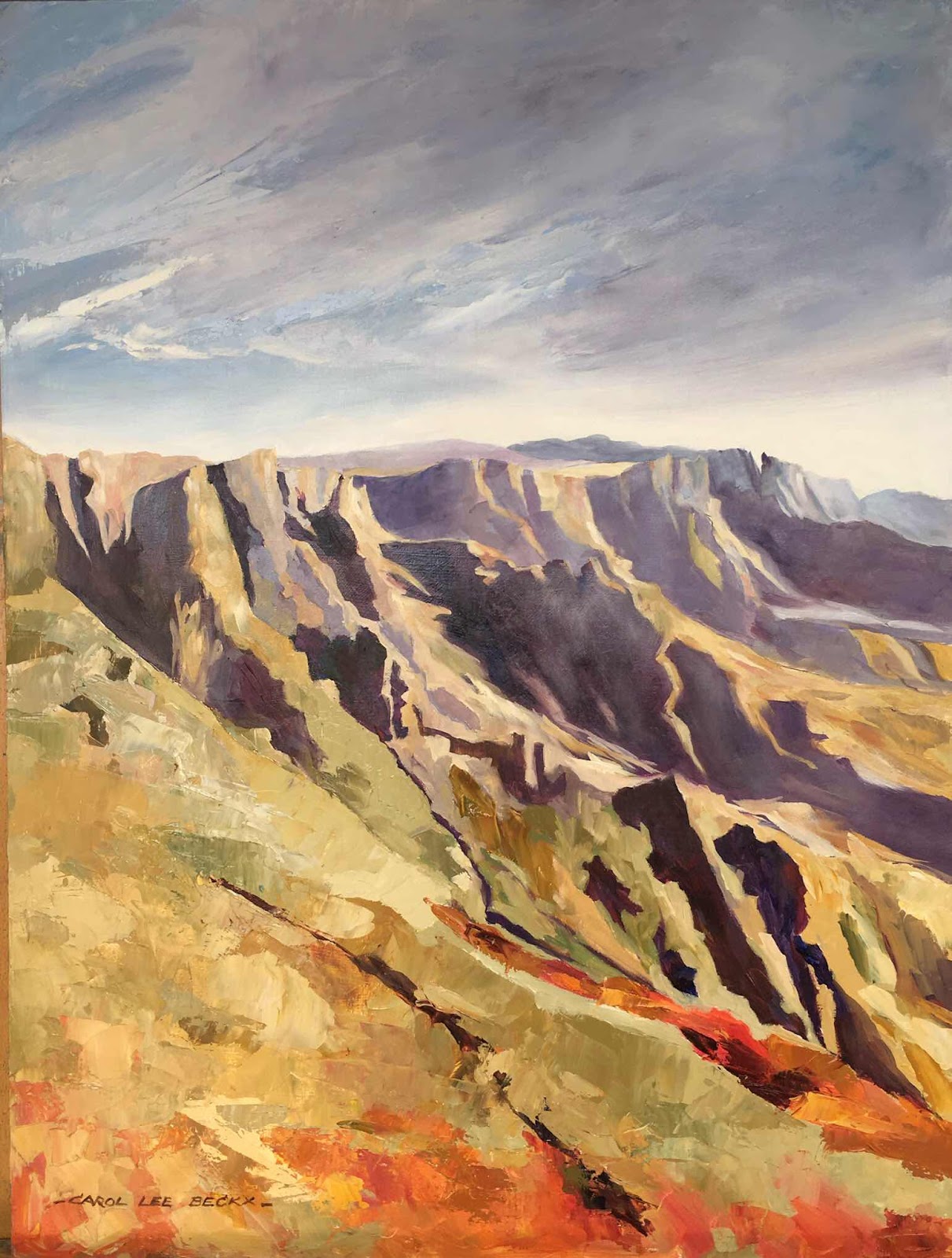 I am constantly drawn back to the Drakensberg mountains. 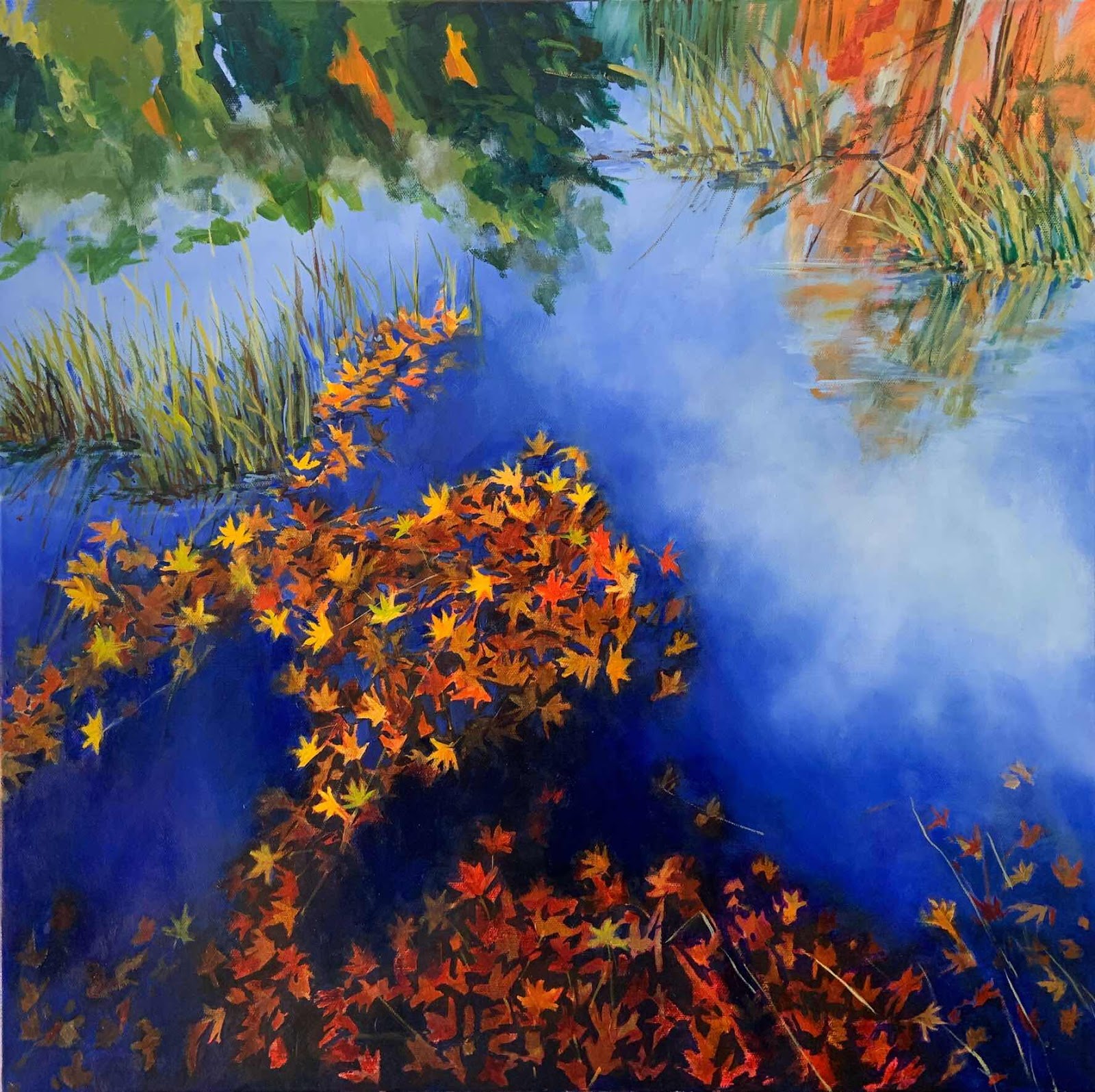 The wind scatters the golden leaves - oil on canvas 2019

This year has been one of the most challenging with the arrival of COVID 19. My classes in the Hamilton Road Studio have been replaced by Zoom classes. Recently, with the support of Farm House Kedron I have the opportunity to teach in person on a Thursday - it’s so good to teach face to face again. 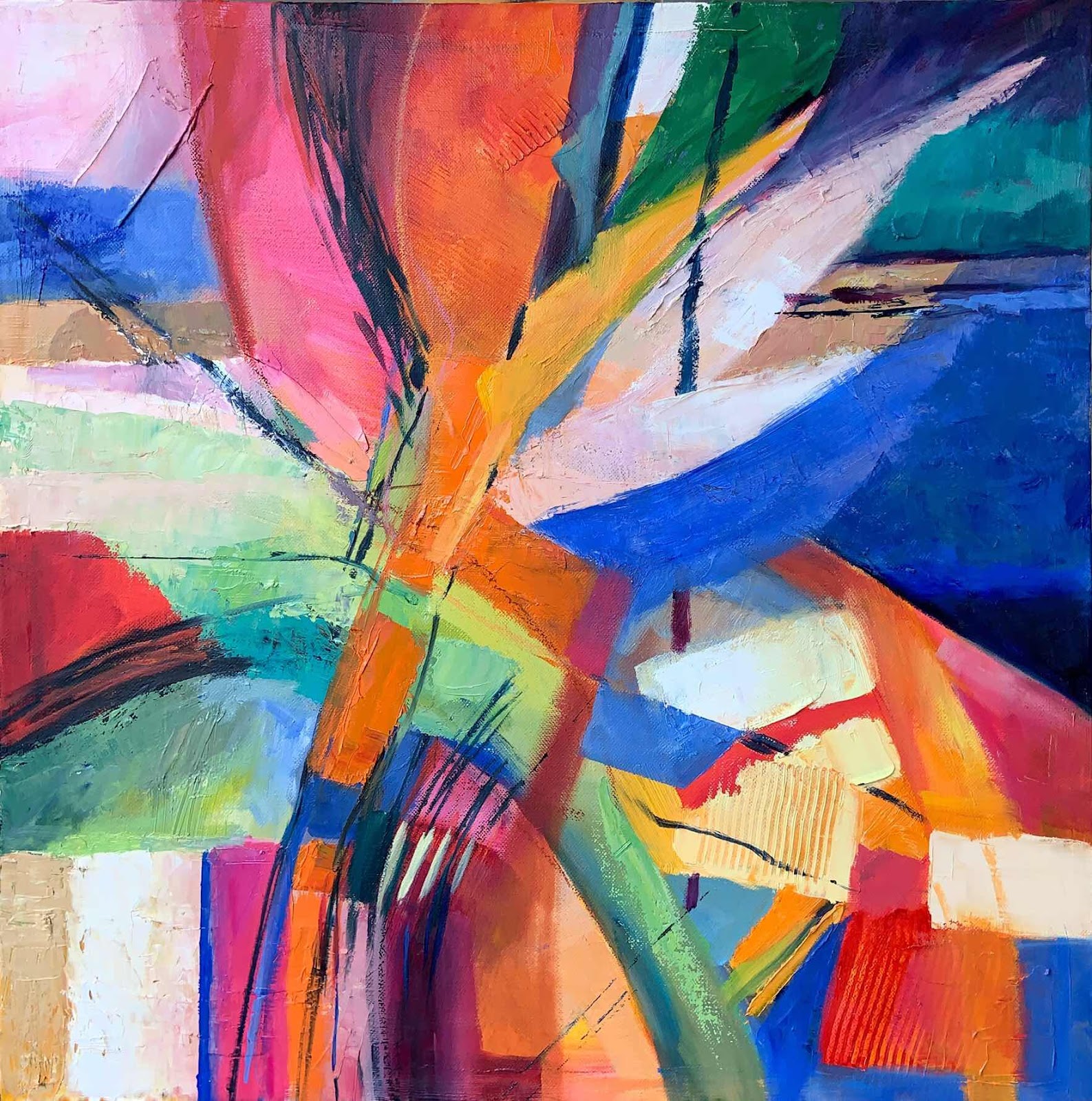 A huge thank you all my supporters over the years - the collectors who bought my paintings; the local businesses who commissioned paintings for their offices and lastly, and most importantly, all those artists who have attended my classes, supported me, befriended me and helped establish a haven for creativity.

I look back on these years and realise - I did it! I have a good happy life.