Flowers are always fun to draw so here are a few more. And since it’s almost Spring here it’s a timely subject. I wish I could say that the Artichoke was from life but it is from some lovely photos I took on a friend’s farm some years ago. 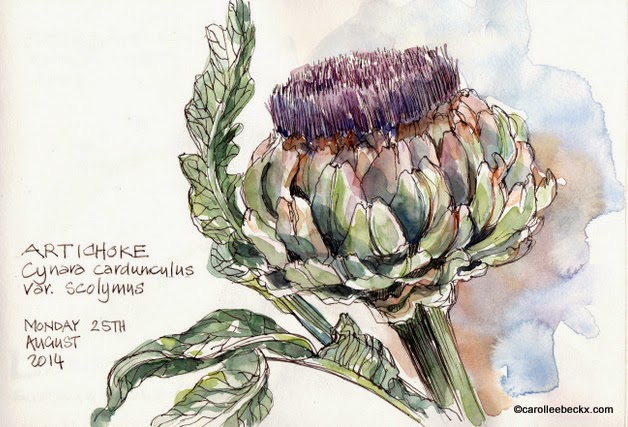 I went to a local Florist looking for some flowers for a class. Walking into their cold room is a treat -such a feast of colour and fragrance. I was hoping for some sunflowers but no luck - all sold out.
I explained that I didn’t necessarily need a whole bunch so I was kindly allowed to rescue some from the “leftovers” trolley 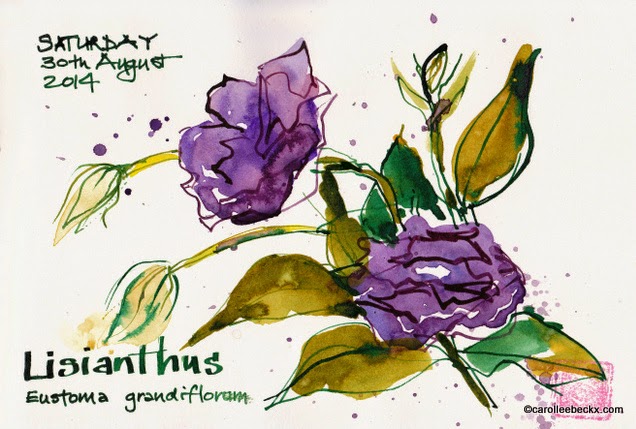 The Lizzianthus was part of the bunch .Love the double “zz” - when I googled the spelling Wiki came up with “s” which is so tame. Now my spellcheck insists on “zz” - too late to change my sketch. I used some FW Acrylic inks applying the purple first with a brush, then switched to a dip pen for the lines. The strange little smudge in the lower corner is a failed chop. I had it made years ago in Hong Kong. The red ink has turned into a weird sticky mess so thought I would break with tradition and try a pink stamp pad instead. I need more practise getting enough ink on the chop…

The Blushing Bride was a last minute addition. I was standing at the counter when I saw a posy with these flowers. I was so tempted to buy a bunch but then the assistant walked to the other side of the shop and brought back this little sprig - it was destined for the bin. 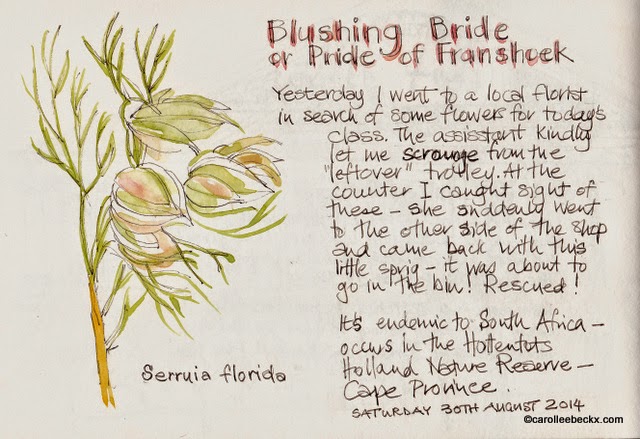 All these sketches were done in a Stillman and Birn Alpha sketchbook, landscape format. I wasn’t too sure about the orientation to begin with but I must admit it’s growing on me.