My holiday at Coolum Beach in December was inspirational on many levels. Time to relax and sketch, time to sit and watch the sea - to hear the waves crashing on the rocks - all these things feed the soul.

Here are two paintings done in the studio. However the inspiration for them lies not only in the photographs taken early on Christmas Eve, but also in the sketches done on the spot that morning. The beauty of digital photography is that there’s an accurate record of the time and place of each image. 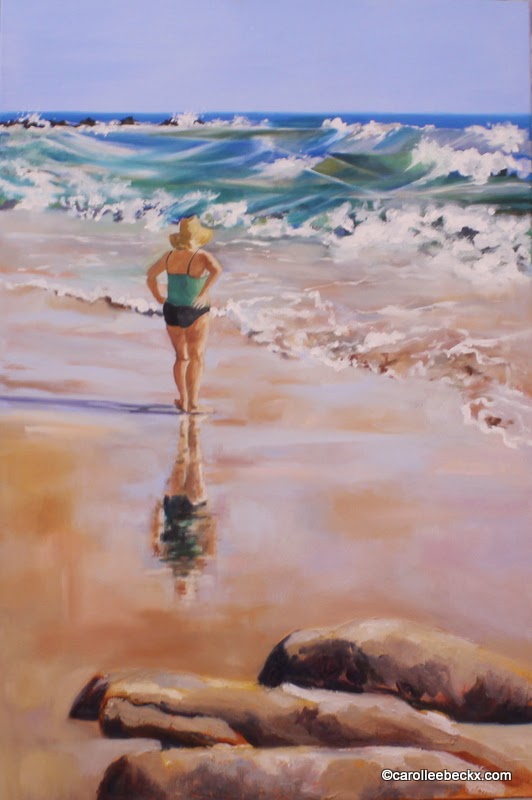 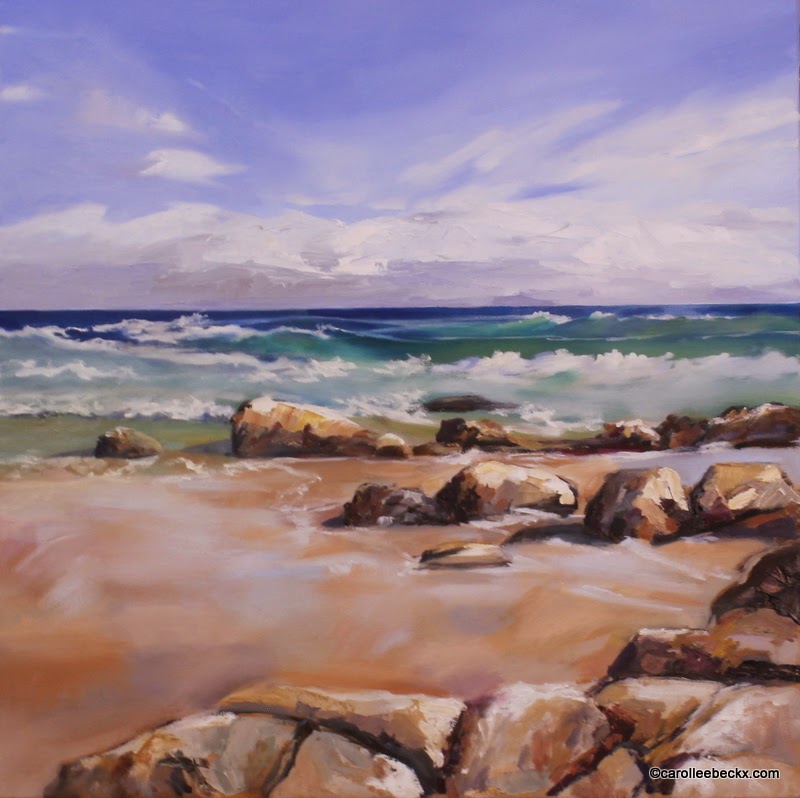